Exploding Inside – the joys of fatherhood

Dads explode inside, while moms explode outside. Compare Fathers Day with Mothers Day, fathers with mothers, and it makes sense.

From the same hospital room where I nearly exploded a week ago, we celebrated Fathers Day. Dads, we don’t get many of these, do we? No matter how feeble their feeble efforts seem, how noble they really are!

Fatherhood means “exploding inside,” while motherhood means “exploding outside” (if you catch my drift). These are generalities, for sure, and not always true. But it seems fair to say it is easier to give hugs, kisses, and express love with mom, largely because moms appreciate the efforts, even the feeble ones. Dads respond unpredictably–often disconnectedly–to emotional love. The kids try to love dad, but they never know if they did it the right way. Why? Because they can’t see how dad is exploding inside.

I recall my first adult attempt to emote with my estranged father and how it triggered a fatherly-speech about his past efforts to teach me the difference between right and wrong, good and evil. I didn’t expect it. Was he rebuking me, or admitting his failures as a moral teacher? Revulsion or rejection I expected, but a dissertation on ethics? Mostly it opened opportunities for arguments…and this is a common experience for new Christians on their first attempt at redeeming alienated relationships with parents, especially fathers. But rest assured, all you exasperated kids, God says “love never fails”. When you love your father, he is exploding inside.

Years later as a father it’s my turn to convert emotional moments into ponderous soliloquies. It’s all because something is exploding inside.

It does little good to tell dad he should emote more, since he already knows it. He just can’t do it. Partly it is because men fight so much, and they love to fight. (Have you ever counted the real wars led by women?) At this age, I can see more than something wrong with the fatherly psyche–a biblical knowledge of fatherhood can replace vague guilt with real strength to handle what’s exploding inside. 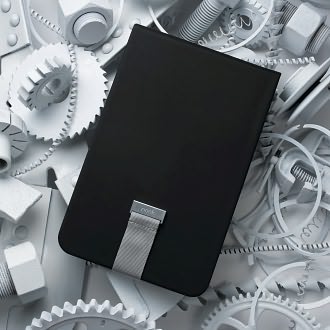 This year the kids gave me a fuzzy cover for my Nook 2nd Edition (e-book reader), which unfolds so I can read hands-free (highly recommended for Nook-lovers). Great for hospital patients, too!

It grew into a monumental Father’s Day, even in a hospital room. By good fortune we had a private room, even though I was assigned two roommates earlier, at 2 a.m., when nursing staff turned on the lights to set up a wounded street punk and his police guard to room with me, but they mysteriously disappeared.

All day Connor played chess with me, again and again, “Another one!” he said. Soon Connor will lose interest in chess, get too busy for it, and soon I would give anything to play just once with my beloved son! Does any dad know what I mean?

Dads are left exploding inside. In Grand Torino, Clint Eastwood nails it:

One adoptive son said it best when he called me that morning to share his gratitude, but mostly he cried. He was exploding inside, like a dad-in-the-making.

Mothers Day passed a few weeks ago, so the difference is fresh in my mind. With moms the kids knew what to do–make mom feel loved. With dads, the kids try earnestly, but they’re unsure exactly what they’re trying to do.

My limited knowledge of heaven sees a realm where pride no longer generates “groanings too deep for words,” which is the closest we ever get to someone else (Romans 8:26).

Groans are exploding inside us. My boys and their father can barely express love because our pride smothers and pervades the atmosphere. Watch thick-skinned sons exploding inside at their dad’s funeral–holding it in, but flailing. It’s a real mess. I pierced the heart of one such tough kid at his father’s funeral, and as his eyes watered he said, “Go tell my brother…he needs to hear this.” He didn’t like the heart-pierced-effect, and he wanted me to leave.

The old man in Eastwood’s Grand Torino goes to confession for the first time and claims a few sins, but one was enough to condemn him, and he knew it: “I didn’t know how to love my sons,” he said. Why keep going to confession if you’ve already failed so long ago, and live in failure? “Whoever keeps the whole law and stumbles in one point has become guilty of all.” (Jas. 2:10) Clint nailed it, and how? Because we’re exploding inside. Failure to love is our abiding heartbreak.

My family filled my hospital room to watch Falling Skies, a TV series with a plot moving at glacial speeds. I love brain-dead TV shows now—you can relate casually and still keep up with the unfolding plot. Sean chased Connor around the hallways, despite the dead and dying all around us. Connor dropped dead-asleep in the lounge, like a bum. They stayed long after visiting hours, no staff interfered, and I was charmed.

Mothers feel loved, while dads are charmed. That’s one way to describe it. This Fathers Day I was especially charmed by the gift of two new lives bequeathed me by my Heavenly Father. Really, it’s true, I received two more lives (I can prove it – read about it).

Now let me connect the subtleties of a charmed heart to the overt, fighting spirit in men.

It is strange but true that “Fear of God” is a loving response toward our Heavenly Father. Not “fear” in the sense of “afraid”, because “perfect love casts out fear,” the Bible says. On the contrary, our Heavenly Father removes all fear, since “it is the kindness of God that leads us to repentance” (Rom. 2:4).

The biblical understanding of “fear” is awe, which is comforting. A child instinctively feels safe when dad is around. Dads instinctively build safe homes, much like our Heavenly Father builds a “hedge” around us. Read Job 1:8-10, where God praises Job for his awe towards the Heavenly Father, Who builds “the hedge” of protection for Job. This is the fighting spirit at work.

Yet dads provide more than safety–they also press for results. So dads are charmed watching their kids grow strong, feeling great reward, even if it is from a distance. Fathers express it as, “I’m proud of you, son,” which really means, “my heart is charmed by your feeble and noble efforts.” Clearly the former is less deprecatory, although less vulnerable. For the sake of promoting growth and ennobling the feeble, by necessity fathers are left with a hidden reward exploding inside.

War On Many Fronts

Understand why dads are left exploding inside by watching the panic of moms when kids try to leave home. The distance is not conducive to mom’s nurturing love, nor the penchant for exploding outside. But it works differently for  dads. Knowing the kids were propelled “out there” by pressing for results means exploding inside. Liberating the kids from home means war, and it hurts. So Paul was thrilled when he saw revolution in Macedonia, knowing his war of liberation finally took hold, if even from a distance, as he explains it:

We were exhorting and encouraging and imploring each one of you as a father would his own children, so that you would walk in a manner worthy of the God who calls you into His own kingdom and glory. 1 Thessalonians 2:11-12

Fathers get tough, “exhorting…imploring” and raising kids who “walk in a manner worthy…” Good fathers point and push kids a direction “out there”, towards liberation, knowing the traps and slavery awaiting a foolish child wandering in the ungodly direction. Meanwhile, selfish kids suspect dad is pushing for dad’s gains, projecting their own immaturity on dad, so fatherhood is war on many fronts–at “the hedge” we built and hold against the world, outside “the hedge”, and (unfortunately) within it. Raising little princes and princesses who can fight and survive beyond “the hedge” become the most painful battles, turning a safe house into a war zone. But here is God’s promise–dads, if you point them beyond “the hedge” toward God’s “own kingdom and glory”, as Paul did, you will raise liberated warriors, not enslaved losers. It means instilling a fighting spirit, so they “walk in a manner worthy of the God who calls you into…glory.” Such glory lies in the direction of a victorious life, not a safe life. It all comes down to a question of what purpose “the hedge” was built for, and this is where confusion reigns, especially with Christian parents.

Too many Christian kids are wandering around like dummies looking for the safety their parents provided and taught them to covet. Beyond “the hedge” lie charming predators with alluring but counterfeit safety. Kids ill-equipped to fight are trapped and enslaved. When dads send out fighters, they are left exploding inside with joy.

Yet dads are so guilty, as I am, of overlooking the “encouraging” Paul mentions. This is an equal and vital partner for the “worthy” outcome Paul celebrates. We can get so fixated on results, we overlook encouragement. “Fortunately they have their mom!” dads think to themselves, but how misguided dads are! Mom’s nurturing love cannot replace fatherly encouragement. Dads provide goal-oriented warmth: “come on, you’re almost there, you’ve got it!” Moms give aimless warmth: “I love you, because you’re you!” Mom’s love is great for infants, but they produce Infantiles without dad’s goal-oriented encouragement.

How charmed dad is watching little fighters emerge! How charmed I was to watch my kids serve one another–old caring for the young, the young following the words and works of older siblings. That was the pinnacle towering above all the activities and gifts of my Fathers Day. I watched indifferent Kyle sacrifice and take an interest in Sean’s silly, irrelevant concerns, while Connor sat watching, absorbed, learning to care. The soul of a spiritual warrior is compassionate.

Young men can grasp this privilege long before marriage and raising kids. Read about it in 1 Thess. 2:11.

For now I thank my Heavenly Father for sharing with us dads the honor of fatherhood. What privilege explodes inside—our great setbacks, confusion and victory—all explode together, inside.

Young men can grasp this privilege well before marriage, if they wish. Did you know about 1 Thess. 2:11?